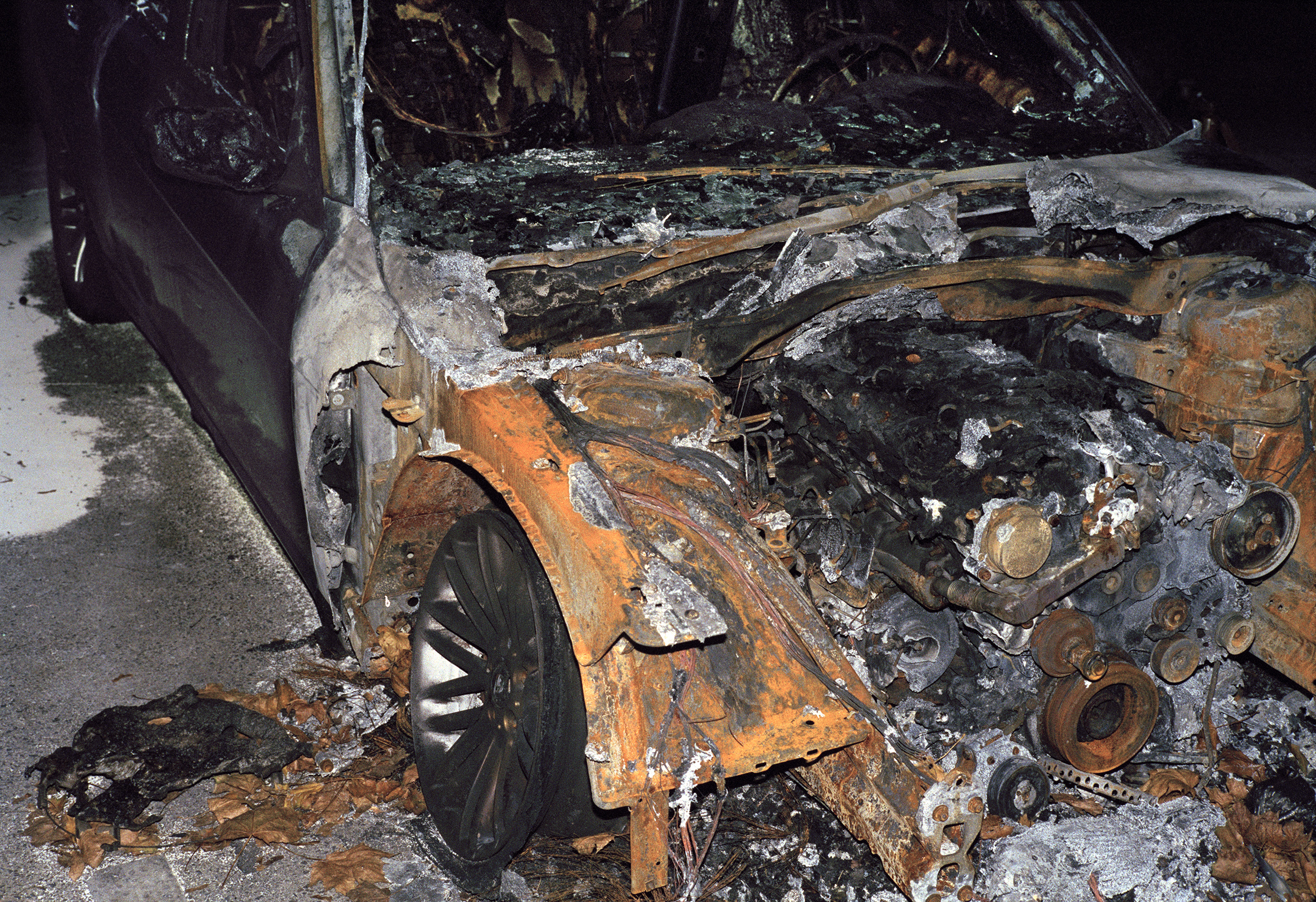 Michael Grieve is a British photographer currently based in Berlin. After working on assignment for over a decade, in 2011, he decided to take a step back and focus on personal work. One outcome has been his project “The Foriegner [sic]”, a series of photographs as “fragments that express a sensibility rather than a description,” that tell the story of a “protagonist’s need to connect with his reality”—a reality from which he feels deeply estranged.

The work is currently being exhibited at Float Gallery in Athens [link: www.floatgallery.com]. On the evening of Thursday, May 10 at VOID, Grieve will present his work in dialogue with writer Alexander Strecker. The event is titled “The Inner Experience.”

In advance of their talk, here is an edited interview between Strecker and Grieve that delves into Grieve’s background, many of the pertinent themes in his work, and how they apply to young photographers in the Greek context (and beyond).

AS: The first time we met, you spoke about the centrality of DIY culture to photography, and how this philosophy attracted you to the medium in the first place. I think this is a good place to start, since this interview is appearing on a “DIY” website, your talk will be held this week in a “DIY” gallery, and Athens, as a city, could be said to be in a “DIY” phase right now. Can you say more about this initial DIY feeling and how it carries through to the present?

MG: I was 15 in 1980 and it was the era of post-punk attitude. Music and the culture that spawned from it were entwined and totally DIY. The poetic intensity of bands like Joy Division and the politically-orientated anarcho-punk bands like Crass were important to forging my understanding of independence from the mainstream and constructing my identity.

Further, I was surrounded by fanzines made on Xerox machines, collaged fragments brought together in one object. Of course, the technology was basic by today’s standards but it allowed for a great sense of freedom and purpose.

Finally, I started to become aware of the colour documentary photographers, like Paul Graham, who were already self-publishing photo books. Back then, these were for a very small audience and yet they illustrated the importance of self-determinism.

To make something from nothing is still my mantra. From an idea, something can be born. Thirty years later, I became the deputy editor of 1000 Words, a contemporary photography magazine founded by Tim Clark. Essentially a DIY magazine made on a laptop in a kitchen—but shining with a passion, intelligence, and a strong will to make a difference.

To summarize: I became a photographer because I wanted to be as free as possible and the DIY sensibility has been crucial in this pursuit. 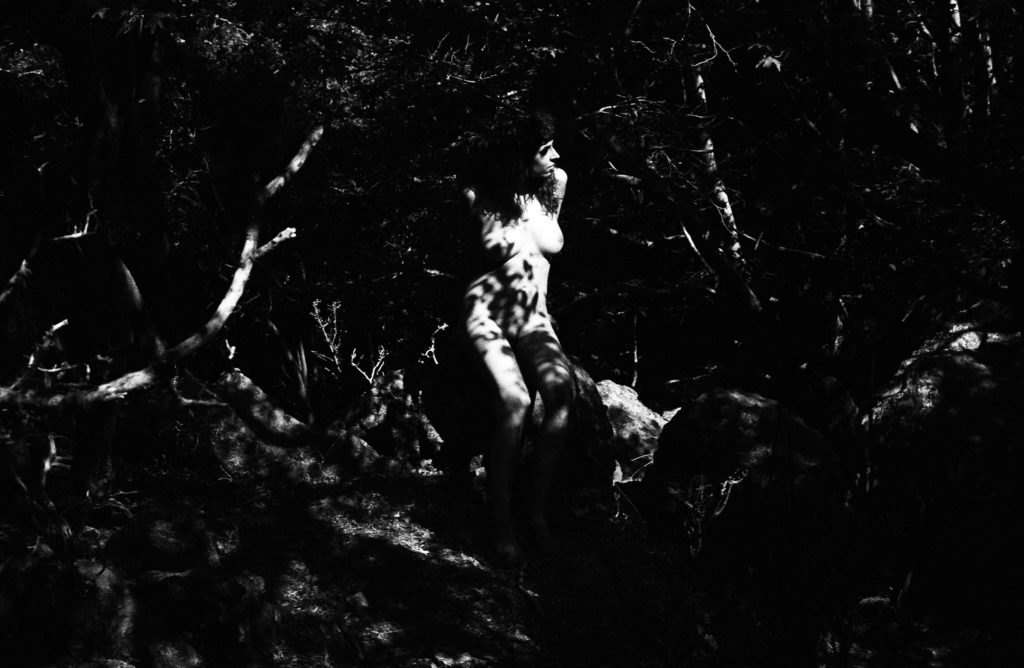 AS: What were the origins of your series “The Foriegner [sic]”? You’ve said it’s “about places, but not specific ones?” Can you say more?

MG: I stopped working as a professional photographer in 2011. The photographers, writers, artists, and film-makers whom I respected were dealing much more with subjective experience and it was natural for me to work in this way. To do that, I needed to break free from working as a photographer and actually just live.

At the same time, I was entering middle age and undergoing a fundamental questioning of my life. I realised that this could be the spark to embark on a new method of working. “The Foriegner [sic]” began more from a sensation than a conscious idea. Since it would be based on my life, I was sure only of my uncertainty—the narrative of which was unclear at the time. I knew that I wanted to photograph as freely as possible but also as little as possible, to avoid an overbearing diligence. In a way, the strategy was a via negativa—I wanted to get closer to life and reality by following that which I did not understand.

I travelled a lot at this time, taking the risk of allowing life to dictate the process.  The resulting photographs do not describe a specific place but a place in my head, a sensibility and frame of mind. I made a fiction from my reality by allowing the images to come to me rather than seeking them out. What emerged was a semi-autobiographical story of fiction that you see here.

AS: You are coming at the project from a subjective, expressive point of view. Yet you are fond of the term ‘straight photography’. Can you say how the two relate?

MG: Yes, “The Foriegner [sic]” is an exercise in “straight photography”. I am not keen on heavy, expressionistic images nor sterile, conceptual approaches. Yet I did not want it to be diaristic (or tip into self-indulgence). The need to be quiet rather than loud was essential. Drama may unfurl before me but to photograph quietly, without excess, from a very still perspective is a way to not impose my presence too much, to give respect for what is there.

AS: The work is very personal, but it has also political implications. In Greece, the idea of foreigners is highly contested right now: from the migrants still coming over via Turkey to the role of foreign governments in the country’s economic policies. Can you say more about this continuum across personal and political in this body of work?

MG: First, on the idea of foreigners, I should address the title, which is key to understanding the work. I am foreign to myself and the world around me. In terms of the details, ‘foreigner’ is spelt wrong: the “ie” in my writing related to my surname. Then, [sic] is an abbreviation from the Latin sic erat scriptum, meaning thus was it written and denotes the editor’s deliberate understanding that the writer has made a mistake.

To your question: “The Foriegner [sic]” is not overtly political and is not trying to make a political point. I was more political in my early work and have become more personal over time. In this work, I shunned any political message.

Yet the activity of making artistic work and living an unconventional life could be defined as a political act. How you exist and relate to the world is its own statement. As artists, we each have to be responsible to conveying our perspective on the shared experience; ultimately, we are all in this together. 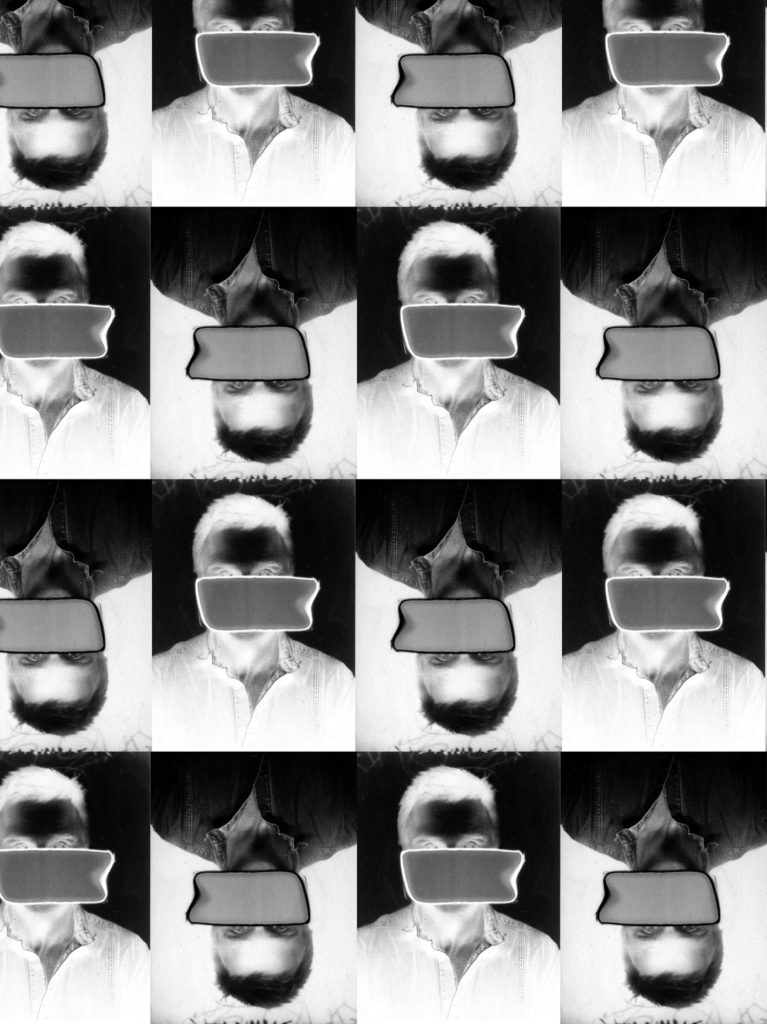 AS: Many photographers (many artists, really), make their first work from a very personal perspective. I’m thinking of Larry Clark, Nan Goldin, Jacob Aue Sobol, or, to get away from photography, the first albums of many beloved rock/punk/rap groups. The effectiveness of such work leads many young photographers (or artists) to make excessively personal work when they are beginning. The problem is that their work is interesting only to themselves and no one else. As a longtime teacher yourself, how do you help push people from the purely personal to something that can also communicate to others?

MG: We are thrown into life and are a product of pure chance. The circumstances into which we arrive, our physical state, family, society, culture—all of these define what we are. But they also deny the instinctive animal that is at the core of what we really are. The conditioning and control of our upbringing are shackles we are forever trying to cast off. But somehow, I enjoy the impossible struggle to find inner peace; this struggle is what defines me.

When teaching, I encourage students to dig deep into themselves while being acutely aware of their reality, of what is outside of themselves (the phenomenology of existence). My emphasis is that I want them to experience, to keep their feet on the ground and not be these “objective” photographers who make work from a polite distance. I try to make them aware of the privilege they have given themselves: to be a photographer is to be a social explorer. Yet this privilege comes at a price that must be embraced. 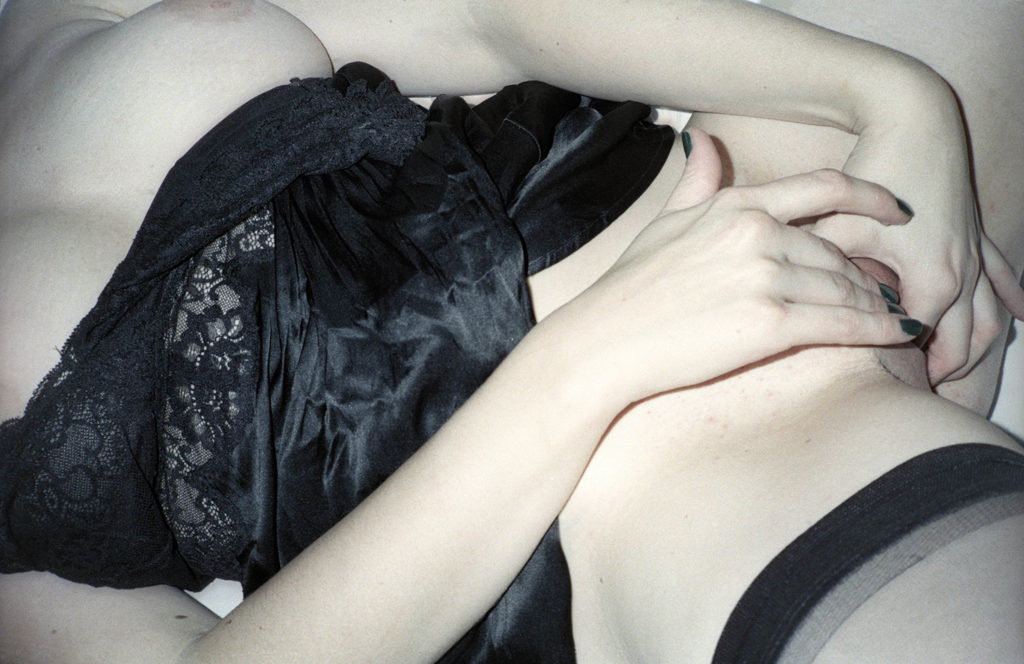 Michael Grieve will be in conversation with Alexander Strecker on Thursday, May 10 at VOID. The event begins at 8 pm.